Blanketing Instagram may be the pout of the moment: an ample, upturned mouth revealing front pearly whites. It’s a look that has generated a fresh trend in cosmetic surgery: the lip lift. “Social media is driving a whole lot of esthetic selections,” says Andrew Jacono, a Park Avenue cosmetic surgeon, but “the voluptuous lip is not something you may get with injections. Filling lips only makes them appear to be sausages but doesn’t change their condition. Only the upper lip lift can naturally turnthe lip up and out.” The 30-minute office procedure excises tissue from just underneath the nose to shorten the distance between nose and mouth, causing the top lip to relax a bit, exposing more teeth, or “tooth show.” In Gen Z’ers and young millennials, it gives an ideal selfie pout; in older candidates, it can shave up to 7 years from the countenance ($3,000-$10,000).

As upper lips age, they elongate to eventually hide the upper teeth, while lower lips drop to expose the bottom teeth. Beverly Hills plastic surgeon Randal Haworth says lips, like breasts, go over time south. “When Angelina [Jolie] was 19, she had an insouciant mouth and had the Bardot upper tooth exposure ,” he says. “Nowadays her lip is starting to hide her teeth. It is the same with Jane Fonda.” Jacono offers that face-lifts improve the corners of the mouth but don’t address the problem: “Shortening the top lip is probably the most effective esthetic procedures I really do.”

Some surgeons will work with dentists to coordinate how much teeth to show.

“Showing 2 millimeters of tooth while you are at rest is ideal,says Manhattan esthetic dental professional Lana Rozenberg, who claims patients once requested heavier veneers to push away the lip for pout.

Now the Bugs Rabbit look can’t be avoided can be avoided, with surgeons just like NYC’s Oren Tepper working with esthetic dentist Jonathan Levine to open LipSync. “Ten years past, there was an ‘aha’ moment when hands were an era giveaway. Now we realize the mouth is a lot more telling, ” says Tepper.

There is one disadvantage to a lip lift; its scar. “You can hide part of the incision inside the nostrils, but there is usually always some visibility at the bottom edge of the nasal area, ” says Beverly Hills cosmetic surgeon Leif Rogers, adding “If not done properly, it can change the look of the nose. “

Dr. Haworth acknowledged this as a problem about 15 years ago, ever since patients began complaining of this subtle nasal change. He realized there were two factors playing a part in this:

This led him to evolve his methods as a necessity to meet the increasingly discerning tastes of his patients. “Cutting into the nasal still can be a disaster even though it is motivated by goodwill towards the patients. By cutting into the nose, it breaks the circular stability of the nostril itself thus allowing it to “unfurl” and migrate inferiorly.

Another thing I have discovered is that when a lip lift is performed, it mustn’t just resist the downward forces of gravity but it must also resist the hundreds of thousands of mouth movements that occur per day. That’s why I needed to develop the OOS Upper Lip Lift which involves securing the upper lip to the strong lining of the bone around the base of the nose (periosteum). This technique is clearly superior to any skin-only lip lift whether it is modified or not. This results in a superior results in terms of beauty, scarring, lack of nasal distortion and longevity. 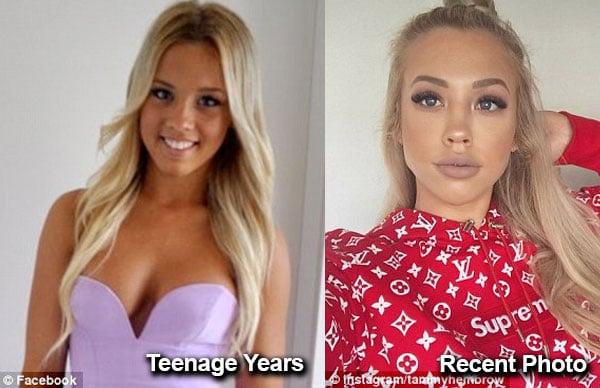