At the People’s Choice Awards, where Aniston won Favorite Female Movie Star, her cups seemed to have runneth over. A source close to the star tells Us there’s nothing artificial about her cleavage, though Beverly Hills plastic surgeon, Randal Haworth, who has not treated Aniston, doesn’t rule out augmentation: “It could be a well-done small breast job.” Stylist David Evangelista’s opinion? “It’s the construction of the Versace dress,” he tells Us. “But she could have used cutlets to lift those puppies up!” 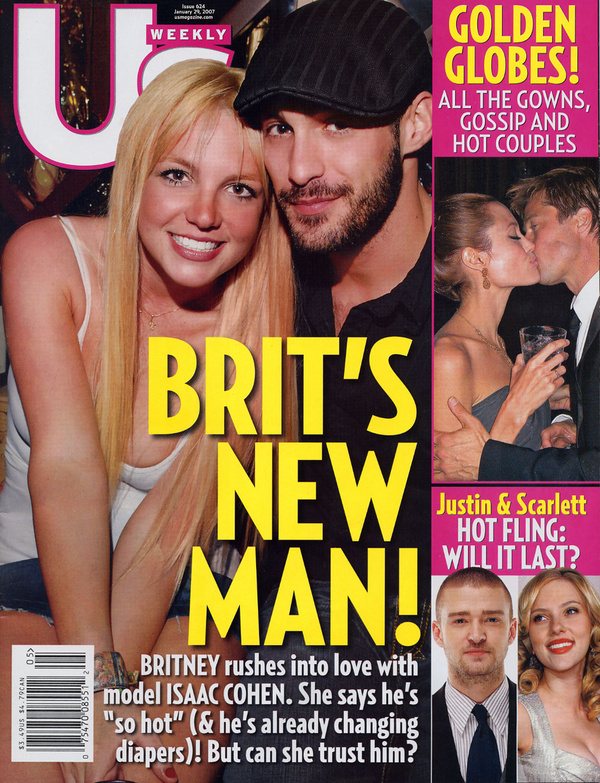 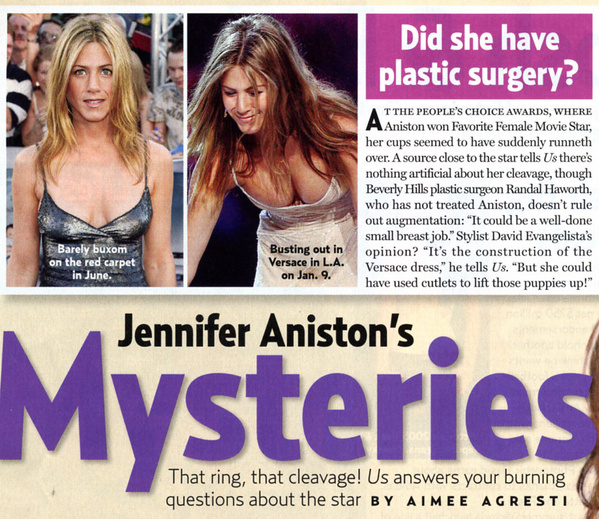