Skip to content
Britney Spears, 21 What: Reportedly has had breast implants The Story: In 1999, the then-17-year-old singer seemed to bust out overnight. New York’s Daily News reported that Spears had implant. Her reps at the time didn’t deny the claim. An Expert Says: “It’s very probable that she had augmentation,” Beverly Hills plastic surgeon Randal D. Haworth tells Us. Her Side: The pop star has attributed her fuller bust to “a major growth spurt” and later said, “Like I’m really going to get breast implants at 17?” 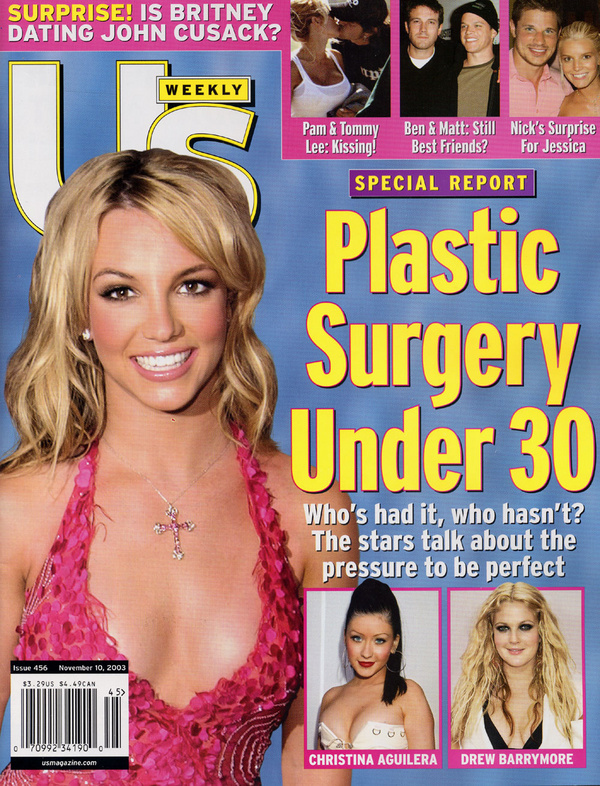 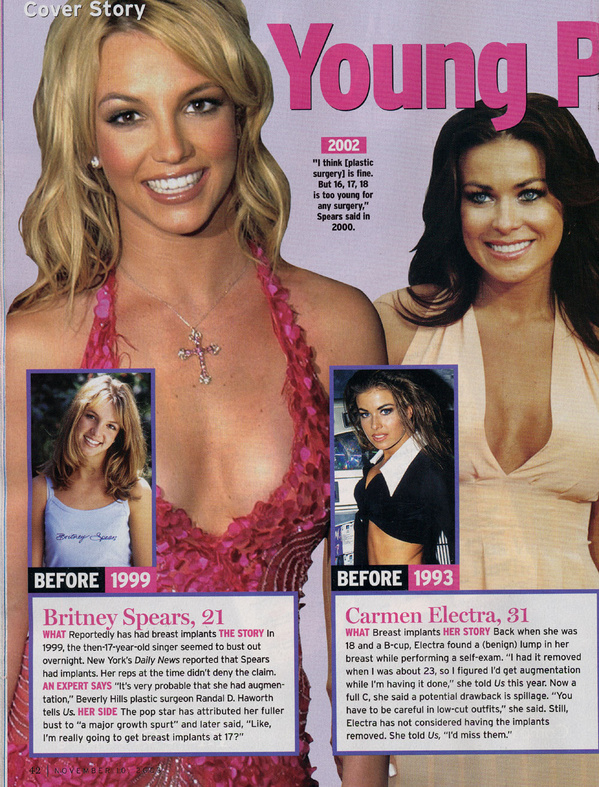 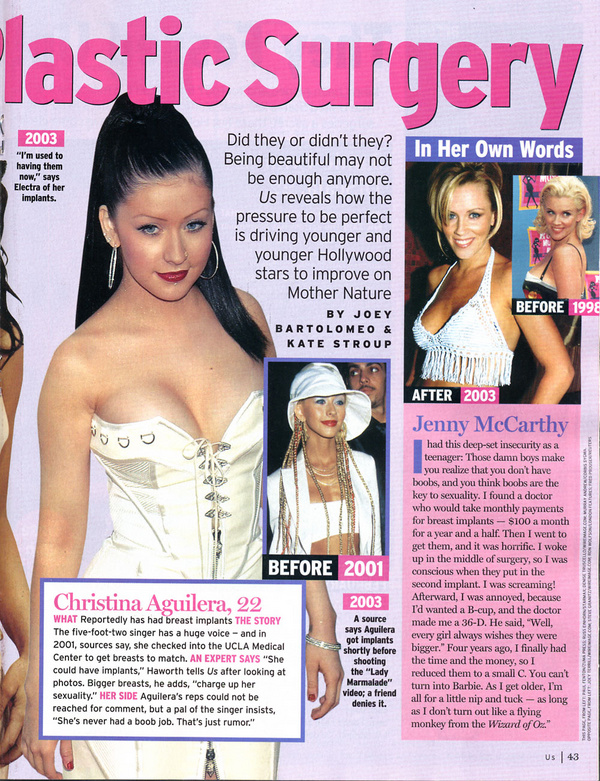 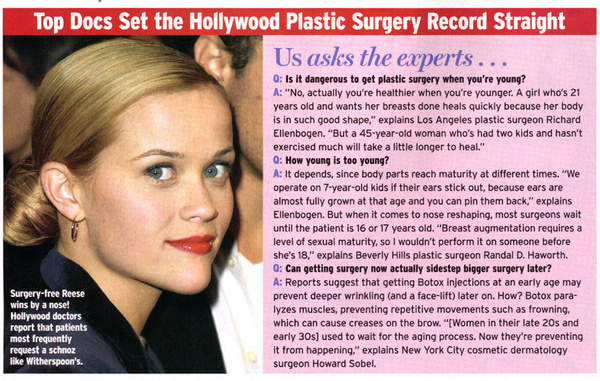 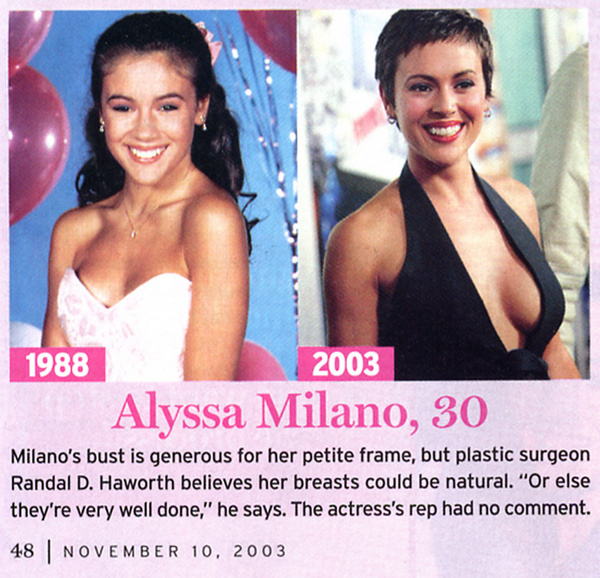