Skip to content
Everyone undergoing elective cosmetic surgery truly expects their results to be exemplary and rarely contemplate what they will do if something does not turn out as they expected. Rhinoplasty, or nose job surgery, is one of the most challenging sub specialties in aesthetic plastic surgery and Dr Randal Haworth is one of the leading specialists in revision rhinoplasty. Despite the fact that the nasal area  is generally less than 2″ x 1″ x 1 ” in  dimension, a  small amount of unpredictability always exists in terms of obtaining the “perfect result”. Of course, the more experienced and better the nasal surgeon is, the more he or she is able to harness that unpredictability and secure an excellent result.

Among the  more common complications that occur from a rhinoplasty are asymmetry, difficulty breathing, incompetent internal nasal valves (inverted  V deformity) and a pinched tip. Modern rhinoplasty techniques involve far more subtle maneuvers than old-fashioned cutting out cartilage and breaking bones.  Since the shape of the nasal tip is determined both by skin thickness and the underlying shape of the nasal cartilages, it used to be taught that to avoid a pinched nasal tip, all the surgeon has to do is avoid cutting out too much cartilage. Otherwise, the nostrils will loose the supportive function of the cartridges and collapse upon themselves thus leading to a “pinch tip” appearance.  In actuality, the situation is more complicated than that. While it is indeed important to leave enough catilage as support, modern techniques of rhinoplasty involve  delicately placing  precise  sutures in order to control the tip and projection of the nasal tip. If the knots are tied  ever so slightly tighter than normal, the supportive nature of the cartilage may be overcome by the scar tissue that will develop in the postoperative period.   The  cartilages will then become  concave in appearance thus leading to a pinched tip as seen in the accompanying photo. 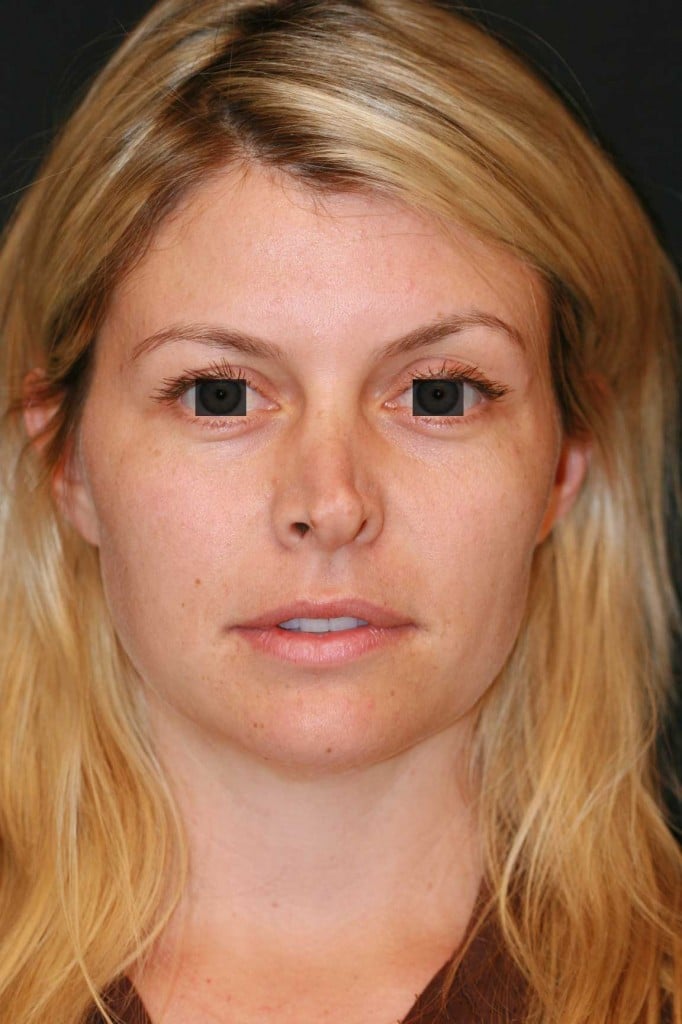 
Also seen in this photo is an inverted  “V” deformity. This occurs when the  upper lateral cartridges separate away from the midline septum as well as the upper nasal bones. This results in an irregularly appearing nose along its bridge on full frontal view including an altered brow-tip curvilinear line.

Both a pinch tip and an inverted “V” deformity can result in difficulty breathing through the nose. Correction as part of a revision rhinoplasty involves carefully separating the  cartilage from the surrounding scar (which may appear deceptively similar in texture and look during surgery) and  carefully placing  precisely defined cartilage grafts on to the pre-existing weakened cartilage as support. Spreader grafts are needed to correct an inverted  “V” deformity. These are small strips of cartilage fashioned from either the septum or ear which are secured between the midline septum and the inner border of the upper lateral cartilage is-in effect, reconstructing the middle vault up the nose. If this remains uncorrected, not only does the visual deformity processed, but nasal obstruction will also occur upon inspiration. This occurs in a similar fashion to  a loose canvas roof of a tent which gets sucked in by  high mountain winds.

The postoperative photo of the same patient clearly demonstrates the correction of the pinched tip and inverted “V” deformity via cartilage placement, scar removal and  judicious fracture of the nasal bones. I also be rotated the tip in order to make the nose look “less done”. 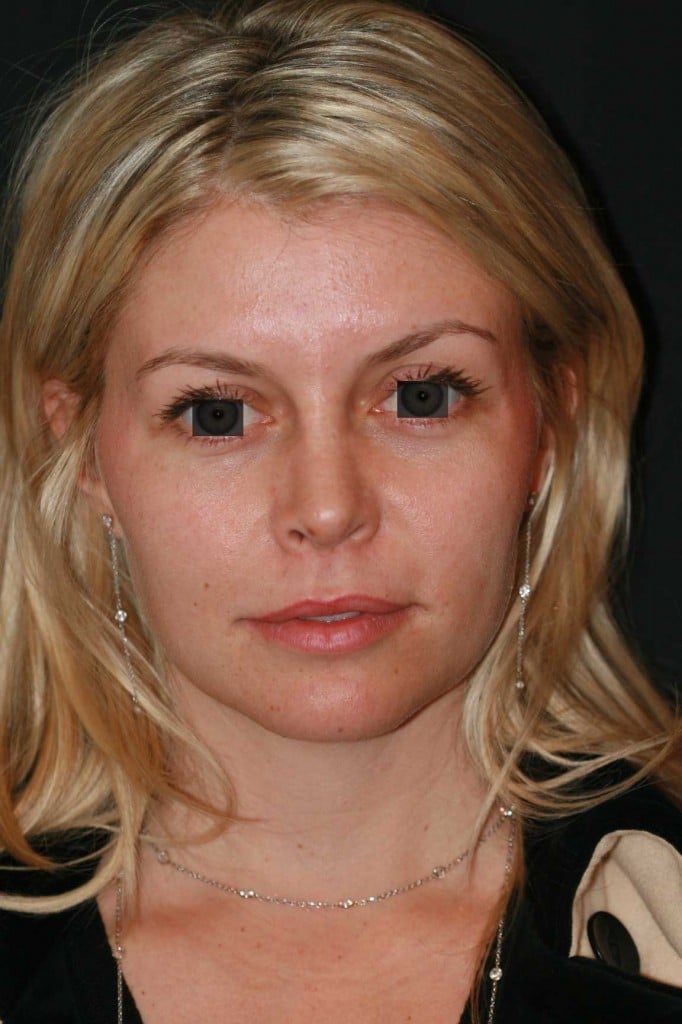 After revision rhinoplasty by Dr Haworth, including placement of spreader and lateral crural strut grafts

To cut a long story short, added support in the  form of cartilage is needed to correct  the weakness in the form and function resulting from a rhinoplasty gone awry. Rhinoplasty is similar to a chess game. It is the only surgery  that takes me longer to perform than I did 10 years ago. This is because I recognize and  deal with any potential pitfalls that may result during the initial surgery. I have to think several steps ahead similar to a game of chess. Finally, not only do I have to make the nose look beautiful, but I have to erase all evidence that anything had been performed by a human hand. this takes time, aesthetic sensibility and patience.

This video shows how a pinched tip can be successfully repaired:

For further information go to www.drhaworth.com or call his office in Beverly Hills to schedule a consultation.