She attributed her change to necessary  “corrective jaw surgery” and not plastic surgery. Firstly, that is hogwash since corrective jaw surgery is a form of orthognathic surgery which lies in the realm of plastic surgery. It was obviously performed partially to change her appearance, most probably via a “sliding genioplasty”. A sliding genioplasty involves sawing the lower aspect of the chin bone away from the actual lower jaw bone and either moving it forward, downward or both at which point it is then stabilized with a screw. It  seems that Bristol had her chin moved both forward and downward to correct skin redundancy around her chin area. I frankly am not enamored with the look since it makes her chin too pointy and distorts her original facial harmony. However, this pointy look is lessened if she looks upwards towards the camera thereby moving the offending outgrowth further away from the lens. 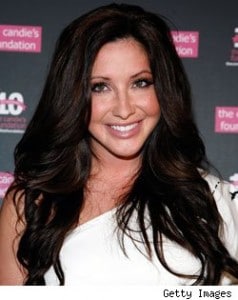 Bristol was actually prettier before the procedure (especially before her weight gain)  and it seemed all she needed was some weight loss, strategic liposuction of her jawline and neck and perhaps a  chin augmentation  with a small implant, positioned in such a way as to not elongate her chin. As Mark Twain wrote: ” To not read the newspaper is to be uninformed, but to read the newspaper is to be misinformed”. All blog posts on this website are meant for public educational purposes only.