Skip to content
I once interviewed a tattoo artist who viewed himself as a shaman. He told me that he would see the tattoo in person’s skin and then inscribe it on the surface. I believe that inside each of us is our true body and that bringing that out through movement, thought, attitude and action is our daily prayer. The Navajo say that to walk in beauty is to be in tune with the spirit of the universe. Shame is its antithesis. I walked in shame for a good portion of my life, until a doctor brought my true beauty to light. It went like this.

The accident
When I was 10, I had a horseback riding accident. The horse took off for the barn; my head hit a low-hanging branch; I flew off and landed with my left arm twisted in an ungodly configuration. The good news was that in spite of the accident, I grew up to be a dressage trainer. The bad news was that my injury was never treated. Like the stiff-upper-lipped New Englander I was, I bound that dangly arm to my ribs with a couple of scarves and bore the searing pain. Yet there had always been something missing. When I was 12, all I wanted for Christmas was a big pair of boobs. I didn’t get them. My right breast was developing. On the left side, where I’d fallen, only my arm was getting bigger, my shoulder thicker. “I’m an athlete,” I rationalized. “Im not supposed to have boobs.”
I had a practical nature, and in my family, you lived with what you got. Besides, being sexy meant you weren’t very smart, and wanting to be sexy was a waste of brain time. Instead, I became a connoisseur of boobs, an expert on shapes and sizes. There are grapefruits, pears, teacups, melons, and, of course, fried eggs. What I got on my left was a fried egg. It wasn’t pretty.
My shame was twofold, for my body and for my desperation to change that body. But as a beauty-and-fitness journalist, I was hard-nosed about cosmetic surgery. It was my idea that people who got operations to improve their looks were superficial.

The decision
Still, one morning last year, when I was 44, I walked into the kitchen and said to my boyfriend, “I’m going to get breast implants.” “Outstanding,” he said. It suddenly seemed like the natural thing to do.
The decision to have breast augmentation is much like the one to get married or have a baby; everyone drops their luggage at your door. One woman said: “I knew you were going to do that when you moved to California.” My mother took my hand and said: “That’s OK, honey, we’ll find you a good psychiatrist.” Men thought it was a brilliant idea and asked if they could feel them after I got the surgery.
Like any good journalist, I decided to investigate a few doctors. The first was recommended by a playboy centerfold. The minute I walked into his office I remembered why I had been anti-cosmetic surgery. The marble, the mirrors, the beautiful teenagers waiting to see the doctor – it all smelled of falsehood and too much money. When the receptionist said the doctor was running late, I couldn’t help staring at her Picasso face. One cheek implant was half an inch higher than the other. I waited an hour. The doctor never showed up.
The next was a nice man. So nice that I was embarrased to disrobe in front of him. When I looked at his portfolio (every cosmetic surgeon keeps a before-and-after book) the jobs he’d done were nice. I didn’t want nice. If I was going to do this, I wanted the Belgian slippers of breasts – hand – made for me, nothing less than perfect.
A few days later, I got a call from my friend Jean, a straight-talking emergency-room nurse. “You’re nuts for doing this,” she said, “but if you’re convinced, go see Randal Haworth.” Unlike most doctors, who perform the surgery while the patient lies flat, he lifts her upright and turns her on her side to see how the breasts will hang and if they’re in proportion.

The sculpture
Haworth’s office, tucked away in Beverly Hills, speaks of European good taste, the understanding that it is better to invest in one well-made thing than a lot of middle-of -the-road stuff. His assistants, Melinda and Hope, are natural beauties, with little makeup and open, friendly attitudes. His brochure, which I read during my brief wait, opens with, “During his last 10 years at the King’s School, Canterbury, Randal Haworth’s interest in art and medicine was inspired by one of the school’s most famous alumni, [author] Somerset Maugham.” Haworth, it turns out, is a figurative artist who shows in prestigious galleries.
“Oh, you’re here for augmentation,” Hope said. “Want to see mine?” She took me into the back and took off her shirt. This was the most beautiful pair of breasts I’d ever seen. They jiggled naturally and were just the right size, the Mercedes-Benz of boobs. I needed no more convincing.
Haworth is a brisk, late 30-something man. The wall of his examining room is lined with his drawings. “This will not be easy,” he said, looking at my left breast. I had something called constriction deformity, in which the lower half of my breast hadn’t “dropped.” “And I can’t guarantee the results,” he added. The day I made the appointment for surgery, I was visited by a painful memory of the first time I slept with someone: I had warned him before I took off my shirt that I was deformed.
I prepared for surgery with intense weight and cardio training. On Haworth’s instructions, I gave up all blood thinners: coffee, aspirin, vitamin E, garlic. Haworth also set up a meeting with a representative from the company that makes the saline implants I was to receive. Because of my condition, they had discussed using adjustable implants that could gradually be filled to proper size post-surgery.
As the days went by, I found myself surprisingly excited. I’d had no idea how much I’d wanted to do this. On my last pre-op visit, Haworth asked what size I wanted. I smiled and said, “an armload.”

The transformation
I’ve gone from boyish charm to a D cup. The magical part is that my breasts now fit my big horse-trainer shoulders. I look like me, not like the partial me that developed after I lost that wing flying off the back of the horse. Another benefit is tighter T-shirts and a new alignment due to the change in my center of gravity. Because of the added weight in front, my tailbone has shifted downward; my lower back look longer and feels more relaxed. My left arm feels freer now that my pectoralis muscle is no longer contracted by scar tissue from my accident. Haworth had to cut it away to create the pocket for the implant. In the end, Haworth decided to use traditional implants with 425 cubic centimeters of saline on the left side and 440cc’s on the right. It was difficult surgery, but I have no discernible scar.
Certainly the adjustment has been grand. Men tend to talk to my chest now, which makes me laugh. For my kid’s it’s been a lesson about taking care of problems so you can feel good about yourself. Running feels better than ever because of the change in my back. And sex…well, without that nagging shame every time I take off my clothes, it’s lovely.
I waited a long time to walk in beauty. Now I do. 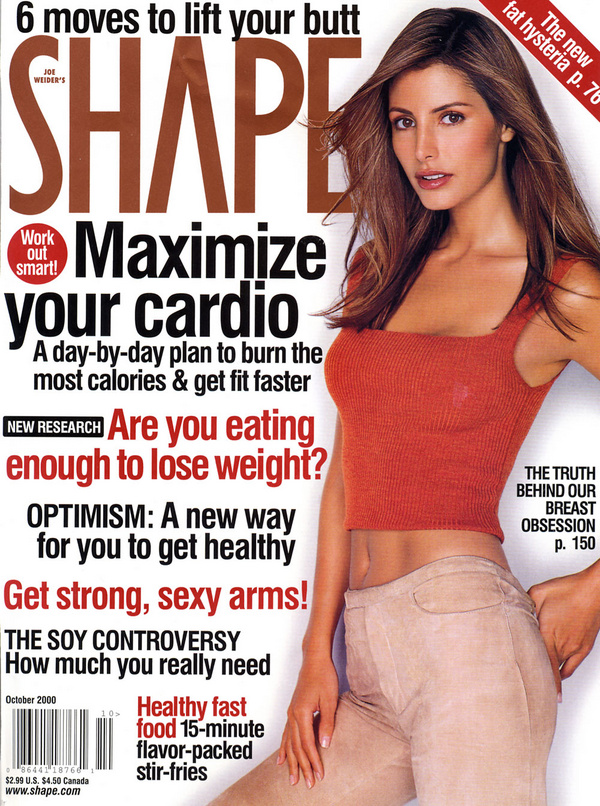