Renée, René, Is that you?

Renée Zellweger stunned fans this week, unveiling a new face that makes the “Bridget Jones” actress look nothing like her old self. Plastic surgeon speculated Tuesday that Zellweger, 45, may have had a minor brow lift-that made her unrecognizable.

“She had really small, squinty eyes-and that was her charm,” Beverly Hills plastic surgeon, Dr. RANDAL HAWORTH the post. “It seems radical only because this is her first time we’re seeing her eyes.”

New York plastic surgeon Dr. Steven Greer deadpanned that he’s not even sure photos of Zellweger at Elle’s 21st Annual “Women In Hollywood Awards in Beverly Hills on Monday were really her. “The surgeons remove too much skin,” Greer said. “They overdid it.” YA rep for Zellweger could not be immediately reached for comment on Tuesday. 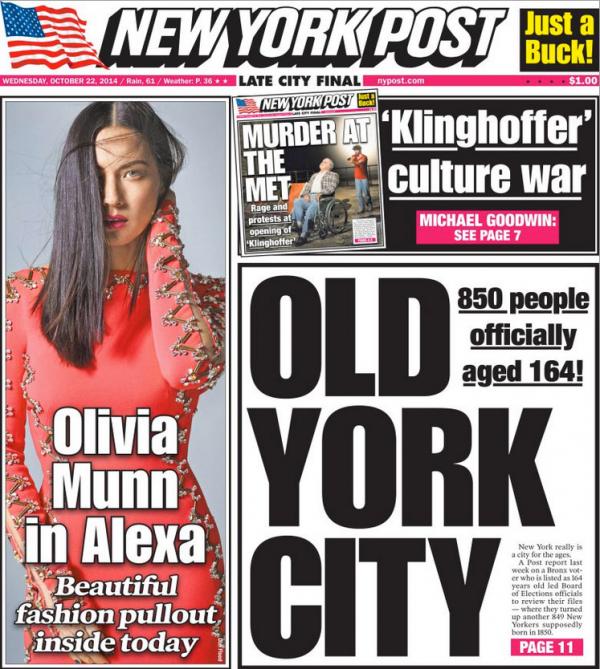 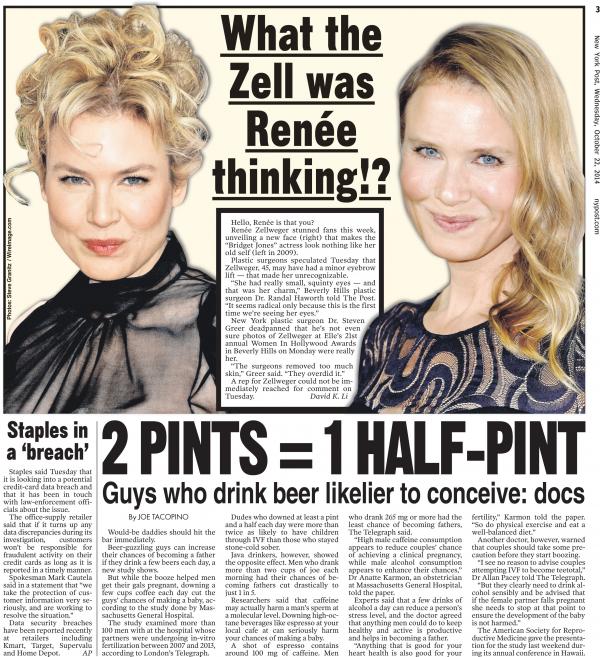