Skip to content
New York, Milan and Paris may be the world’s fashion capitals, but Los Angeles has always been the undisputed fount from which beauty trends spring: hair extentions, fuller lips, even fuller breasts, eyelash extensions, dermabrasion, Botox, and of course, the whole size 2 craze, all sprang from Hollywood necessity, the mother of appearance inventions and innovation. Where actresses and actors lead, the rest of us follow. Youth and beauty may be their stock in trade, but when those in the forefront are dipping into the fountain of youth, everyone else can look like yesterday’s news.

Plastic surgery may no longer be a luxury, but it does demand the luxury of time. When you’ve got a shoot date looming, a premiere, a red carpet or a magazine cover shoot, that’s just out of the question. Not to mention a pitch meeting, the network retreat or the Oscars. The newest beauty fixes won’t take a bite out of your schedule, but that doesn’t mean they aren’t real fixes. The options between a facial and a facelift have multiplied many-fold, like 3D movies. The botoxed-frozen-forehead landscape is now a thing of the past. That, and good old shots of Juvederm or Fraxel laser treatments — applied over several months — have been made nearly obsolete by new techniques for applying fillers and a multitude of lasers that do a multitude of things on any body part you can think of.

Prominent Beverly Hills dermatologist Peter Kopelson, whose father Arnold Kopelson produced Platoon, grew up in show business and understands the needs of its players. According to him, the best problem solver these days is a combo of laser treatments with fillers, but the fillers are applied in a whole new way.

“We don’t inject to the dermis anymore,” Kopelson explains. “Now we’re injecting fillers at a deeper level, right above the bone — that is where facial structure lies. We even do this under the eyes. And now Restylane and Juvederm come with lidocaine in them — a painkiller — so it’s not nearly as painful as it sounds. When you inject on this level, fillers last six months to a year and create a better base for the structure of the skin. Sculptra, a new filler and volume enhancer, lasts about two years.

“We’re also injecting in new areas like the temples. A female studio executive recently came in, thinking she might need a facelift for her jowls. All she needed was the right filler. She walked out in a half-hour with no bruises.”

Kopelson’s North Camden Drive office, which caters to actresses young and older, actors and execs, has a variety of new lasers. But his favorite is Smart Pulse ($500 to $1,900, depending on area treated), which no one else in the country has. It’s non-ablative (doesn’t vaporize the surface of the skin, like the mighty CO2 laser), takes three minutes and works well in a series of treatments to produce more collagen in the top layer of the skin. This is one of the new “lunchtime lasers,” which include the Nd:Yag, the Pearl and Titan — they all tighten the skin and make it less blotchy. And you can apply a little makeup and hit the streets right after application. “They’re perfect for before awards shows,” says Kopelson. “These treatments are now as prominent as stylists.”

Randal Haworth, a popular Beverly Hills plastic surgeon on North Bedford Drive, performs plenty of facelifts but has come to learn that “actors and entertainment executives are very busy people. We treat one of the top choreographers in the business; she works from 7 a.m. to midnight, goes on tour with pop stars, is on the set of videos. She barely has a day to recover, let alone weeks. Everything now is designed to have minimum recovery and a precise result. “Too much filler looks freaky,” says Haworth. “The new permanent gel filler Aquamid is actually removable. If a patient doesn’t like the look of her poofed-up cheek or under-eye, we can stick a needle in and pull it out.” The new injection techniques also have a dramatic reduction in bruising because of micro cannula needles — super skinny — that just give little tiny nicks.

“Lots of guys are asking for the ‘Daniel Craig look.’ This one’s especially popular with actors on daytime soaps.” – David Colbert, M.D.

Men are having fast laser treatments, too. Somehow lasers don’t seem as fussy or feminine as actual lifts. “The IPL laser [$350 to $500] is good for men,” notes Haworth. “They can’t wear makeup to cover up, so men are limited to what they can do. This laser gets rid of fine lines and doesn’t give you that white pale look. They make men look refreshed, but still manly.” Bicoastal dermatologist David Colbert, who does pop-up suites in Beverly Hills before awards shows and caters to a staggering number of A-listers, says a Calcium Nature Lift ($5,000) can do that for men. “The 10-minute liquid calcium injection into the jaw line gives immediate square jaws,” says Colbert. “Lots of guys are asking for the ‘Daniel Craig look.’ This one’s especially popular with actors on daytime soaps.”

Another way to tighten the jaw line is by applying either the Titan laser, which heats the collagen and triggers new growth, or the Ulthera, which works on ultrasound waves to tighten skin. Now they’re also being used on arms, knees, above the breasts and hands. “It even works on the neck area,” adds Colbert, who reminds his patients that knobby knees and knotty hands don’t go with smooth young faces. “I just did a major male TV star with the Titan,” says Colbert. “He was red for 15 minutes, then he left. He’ll be back on set tomorrow.”

Colbert actually works on movie sets. Recently, he was on Craig starrer Dream House and Angelina Jolie’s Salt, bringing with him the Gentle Waves machine to apply to actors every morning before they shot. “It’s a low-energy light that gives a soft glow to your face,” explains Colbert. “Some soap operas have bought them — for $15,000 — and had them installed.”

Before Michelle Williams shot the upcoming October cover of Vogue, Colbert gave her a process he invented, called the Triad: a very light micro dermabrasion, followed by a toning laser that administers 5,000 pulses of low-energy light, followed by a flower acid peel ($1,000). “It gives movie stars flawless skin,” says Colbert, who admits he’s done nearly every actor or actress who’s shot a Vogue or Vanity Fair cover in the past two years. With some stars, he’ll add a Rad C facial ($1,200), which follows the Triad with a layer of vitamin C serum that’s also in his Nourish Eye Cream ($110, colbertmd.com). Sienna Miller did this before her scenes in the Vogue doc The September Issue. Colbert also does full-body Triads. “With HD and giant flat screens, the quality of the skin matters more than ever,” he says. “It’s not just about lighting anymore.”

But the mother of all lasers, the CO2 ($4,000 to $4,500), does require at least one week of downtime. According to Haworth and August Denton, a cosmetic injection specialist on Brighton Way in Beverly Hills, it gives one an 80 percent improvement in skin tone and tightening, where most lasers improve about 20 percent. Considered the gold standard for wrinkle removal, it resurfaces skin by damaging the top layers. “You look like you’re in a horror movie for three to five days,” says Haworth, “but after that, the skin heals quickly. You have fewer spots, far fewer brown spots and lines, and it’s great for photography sittings, red carpets and interviews.” Until recently, the downtime for CO2 was two weeks, but new improvements mean you only need to stay home for about a week. There is also a new healing makeup by Oxygentix that can be applied a day after the laser, which promotes healing during recovery and downplays the pinkness, which resembles a sunburn.

And if this weren’t enough, drug companies and researchers are readying new medications that can block inflammation; within a year, healing from an eyelift or facelift will take only a few days. “Doctors don’t want plastic surgery to be obsolete,” one plastic surgeon said off the record. “So they’ve got to find a way to make it quicker. Nobody’s got any patience these days. And you don’t want a lot fewer patients. Right now, we’re losing them to lasers.” 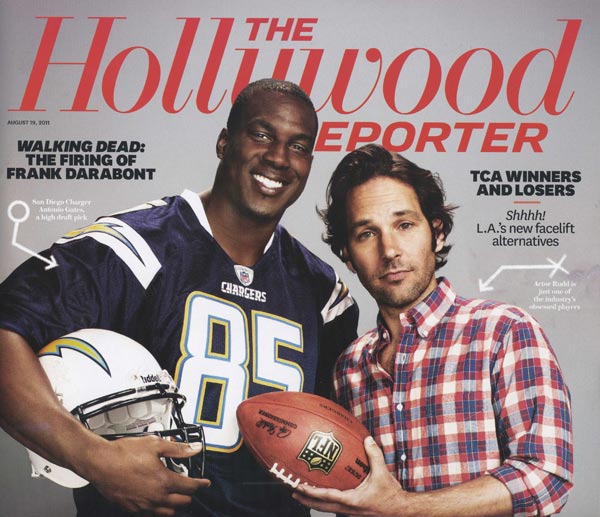