Skip to content
The Biggest Loser star Michelle Bridges has helped thousands of people with her fitness program. According to Beverly Hills-based plastic surgeon Dr. Randal Haworth, she may have undergone her own transformation. ‘It appears Michelle’s striking facial change came from an enthusiastic use of fillers and Botox. Unfortunately, the manner in which they were used tends to detract from her natural facial harmony rather than enhance it.’ said Dr. Haworth. Dr. Haworth went on to describe the tell-tale signs of Michelle’s supposed cosmetic work. 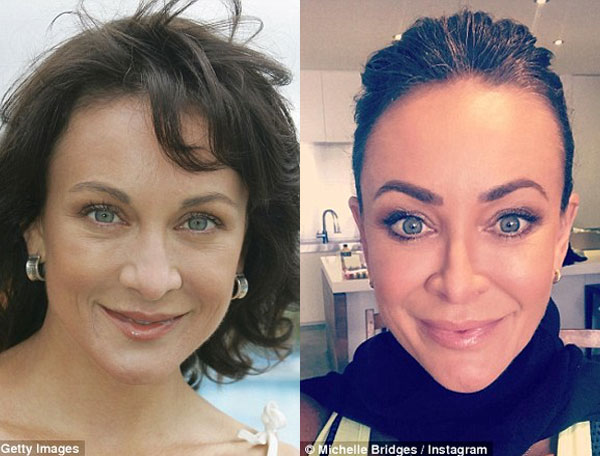 ‘Her eyebrows are a tad too elevated into a pointed arch similar to Captain Spock, which is most likely the result of Botox. Ironically, this shape can be softened with a further small shot of Botox above each arch. I have a small suspicion Botox was also injected in and around her chin because her smile in recent pictures seems somewhat restricted and stiff,’ he explained. Dr. Haworth also described how Michelle appears to have used a filler such as Juvéderm to plump her lips and under-eye hollows. ‘In certain angles, the filler seems to have accentuated her long upper lip which is a sign of aging. A tell-tale sign that filler was used to treat under-eye hollows is bulging below her lower eyes next to the nose. I can see Michelle has those when she is smiling in recent photographs.’ Original Article