Skip to content
According to Dr. Randal Haworth of Beverly Hills, both the groom and the best man have had nose jobs done by surgeons who “share a penchant for narrow noses that don’t match with their faces.” Jackson’s ever shrinking nose is overly shortened, showing too much nostril, he says, while Gest’s face has a disharmony to it “not normally seen in nature.” Adds Haworth, “They may think that a narrow nose translates into elegance, but really it translates into bad plastic surgery.” 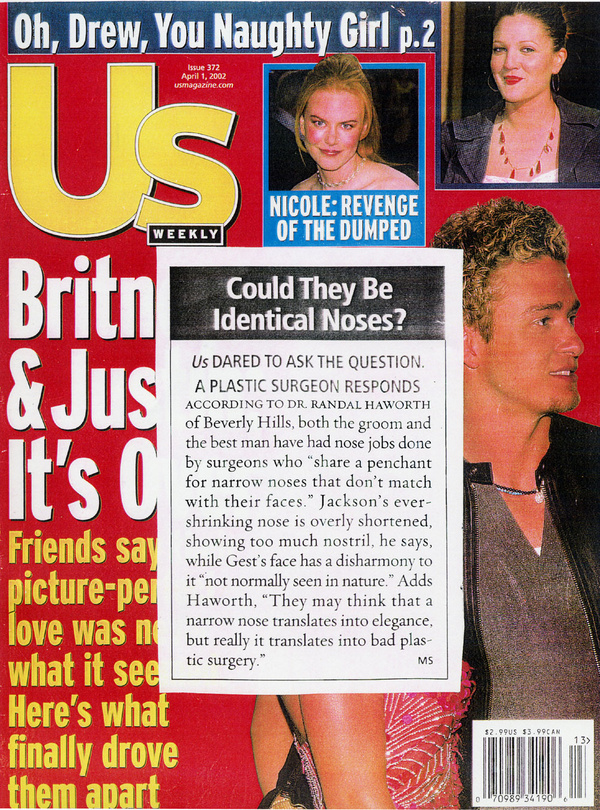