6. The shortest surgery took four hours and included a brow lift, cheek implants, liposuction, a nose job, a chin implant and fat transplants. More extensive surgeries-some as long as 12 hours-were spread out over two days. Haworth and Dr. Terry Dubrow each worked on nine women, and cording to Haworth, one Swan had to be readmitted to the hospital after recovery “because she was having pain in her right breast two weeks after surgery.” X-rays and test for blood clots came back negative. As for the teeth, four of the women had to undergo nine root canals among them. 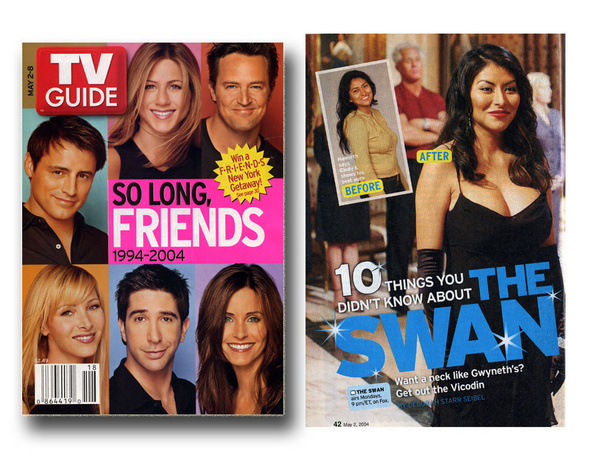 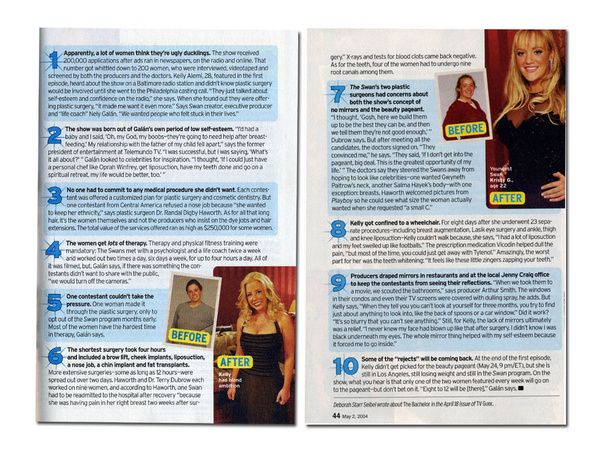