The show also sometimes glossed over the seriousness of the surgeries. Although they appeared to be done in one day, in actuality, facial and body surgeries were performed in separate sessions about three weeks apart. “If a patient had major face work and major body work, we split them into two stages,” says Dr. Terry J. Dubrow, who, with Dr. Randal Haworth, was on The Swan’s cosmetic-surgery dream team. “We are board certified plastic surgeons. We’re not going to do something stupid, particularly when it’s on national television, you know what I mean? Safety was absolutely a No. 1 factor.”

Nor, they say, did they foist any unwanted surgeries on their patients. “One of the criticisms that was levied against the show, too, was that we would just do these surgeries with these patients not comprehending what they were getting into,” says Haworth. “In fact, most of the patients came in knowing that they had a certain physical complaint such as their nose. The afterward, they would say, ‘Well, Doc, what else would you do to make me look better?’ So then I would look at them, analyze them and offer them a game plan.”

While the Swans got thinner, what got fatter? The appointment book of most of the show’s docs and experts. “My personal-training business has quadrupled,” says Greg Comeaux. “I’m getting book offers, I’m getting call from everywhere,” Dr. Terry J. Dubrow agrees. Pre-Swan, he says, “If you wanted to come see me for your face or your breasts, I didn’t have any open appointments for three months; now I don’t have any for six months.” Not to mention the fame factor, “It is interesting,” he admits, “when the patients come in and I say, ‘Hi, I’m Dr. Terry Dubrow,’ They go, ‘Yeah, I know’.” Still, as fellow surgeon Dr. Randal Haworth observes, “I’ve only got two hands, so it doesn’t mean I can put more money in the bank.” Though Haworth’s waiting list has increased to nice months, “if I do a face-lift, I can only do one full facial rejuvenation in a day,” he says. “I know some people who do four to five to six because they take shortcuts. Not all surgery is the same.” But Swan team member Lynn Ianni, a therapist, has yet to see her business benefit: “It’s had very little effect on my practice. It hasn’t increased my patient load.” Maybe business will pick up with Swan 2. 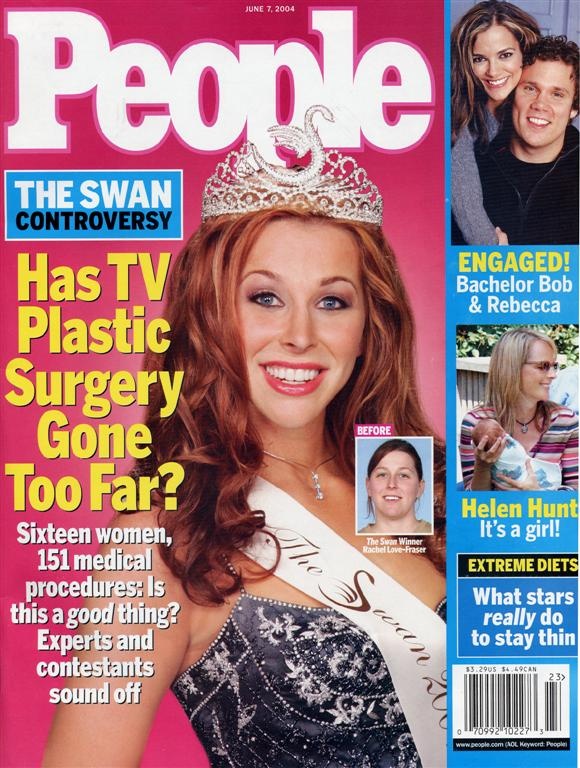 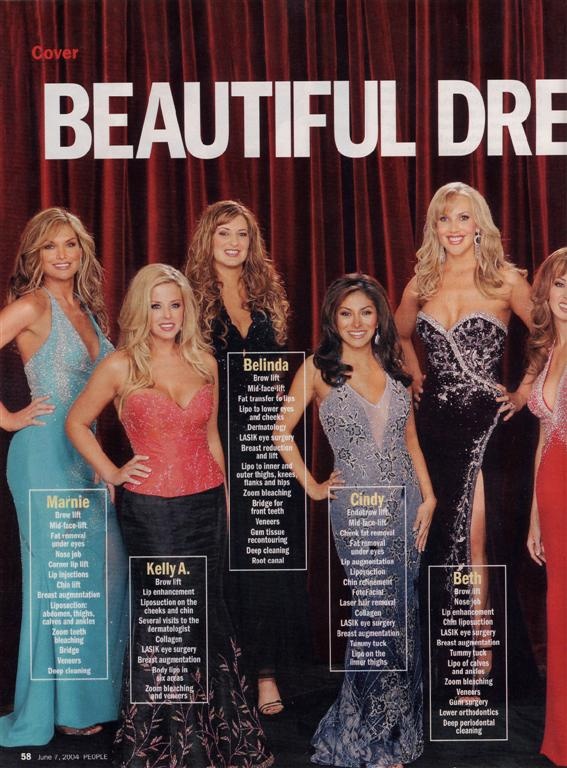 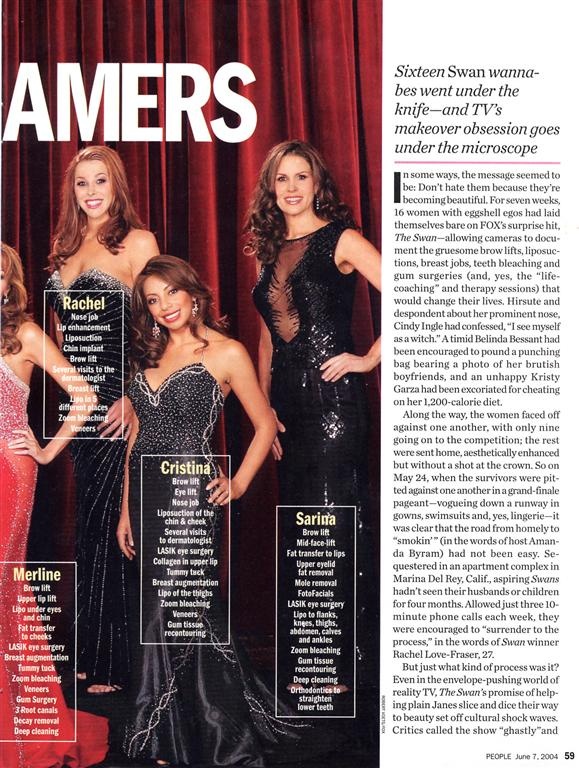 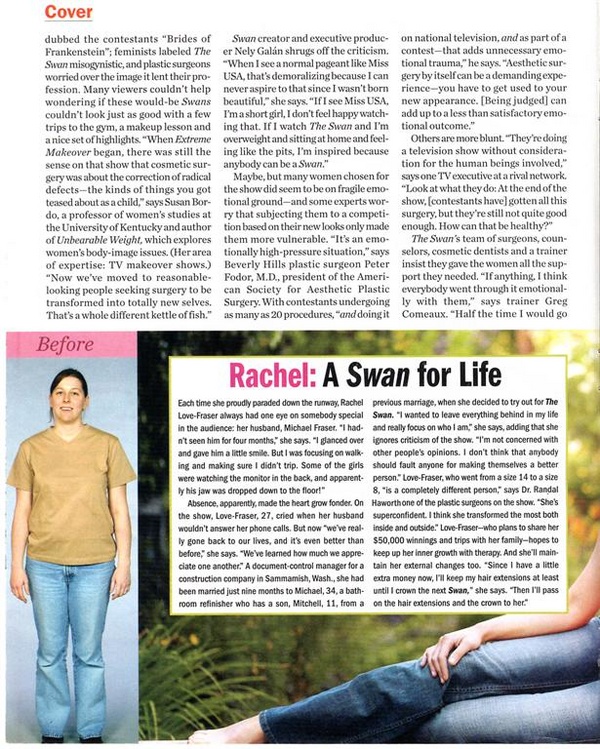 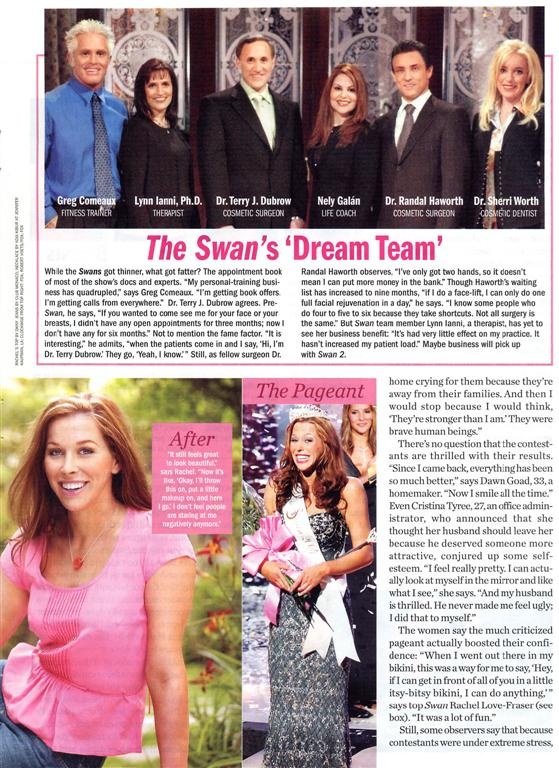 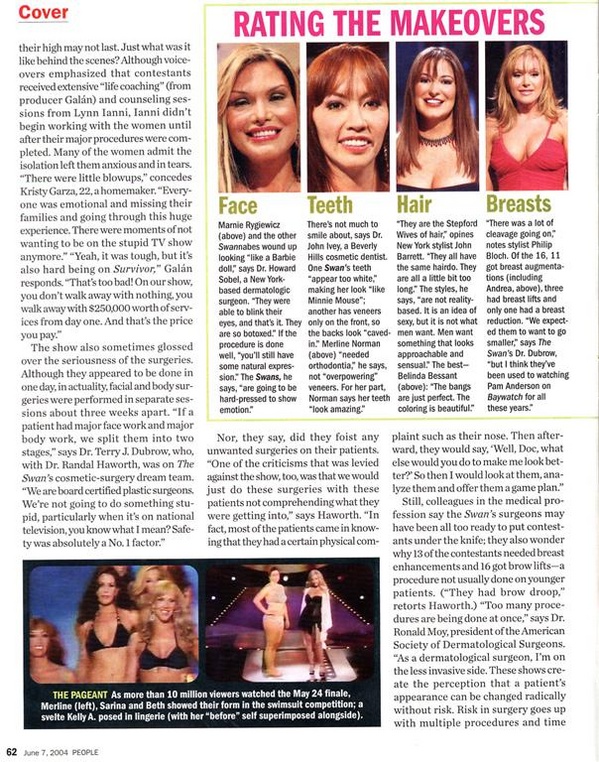 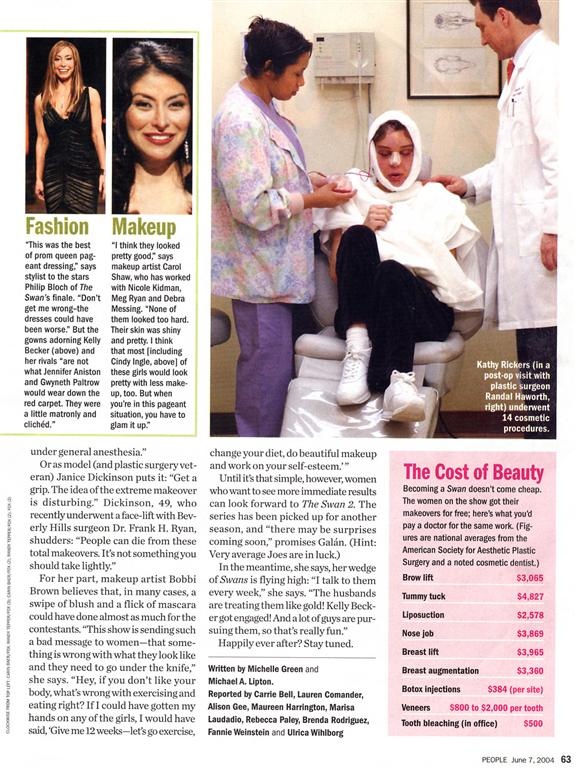 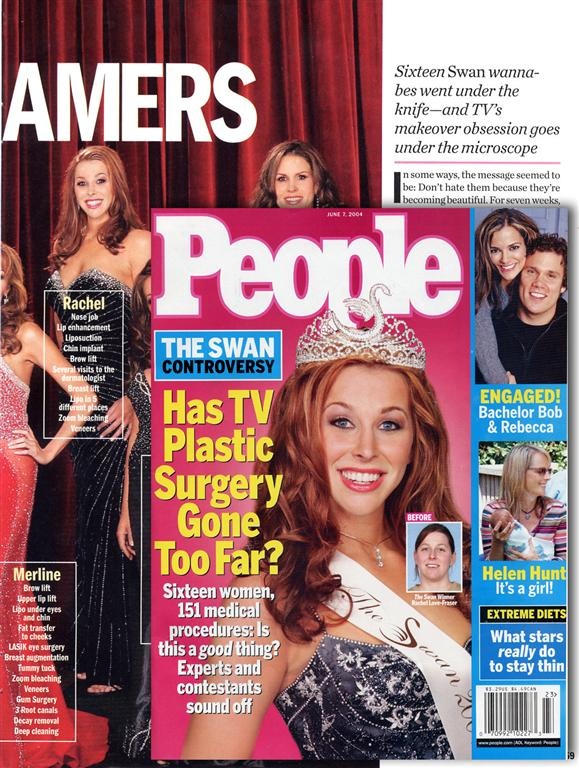