Skip to content
Best Eyes The verdict is in: Jude Law’s eyes rule. “His eyes have a nice fold to them, and they will age well,” says Dr. Randal Haworth of The Swan. “His upper eyelids are not too heavy or too feminine, and he’s got a nice shape to his eyes. Best Lips “Brad Pitt has the perfect balance between the lips. His lower lip has a nice protuberance, while his upper lip is narrower,” says Dr. Haworth. “Men with lips that are too full indicate less of an IQ to the average person, but thin lips indicate coldness.” Best Cheeks Johnny Depp makes “edgy” acting choices, and that same word applies to his face. “He’s got a catlike, pushing-the-envelope quality,” says Dr. Haworth. “He has a model look in terms of the way his facial skeleton is constructed, but it also has interest.” Best Chin Former model Ashton Kutcher’s chin is in high demand! “A lot of patients ask for his chin,” reveals Dr. Haworth. “It’s classically proportioned, strong, masculine chin. It’s not cartoony and it balances the rest of his facial features. 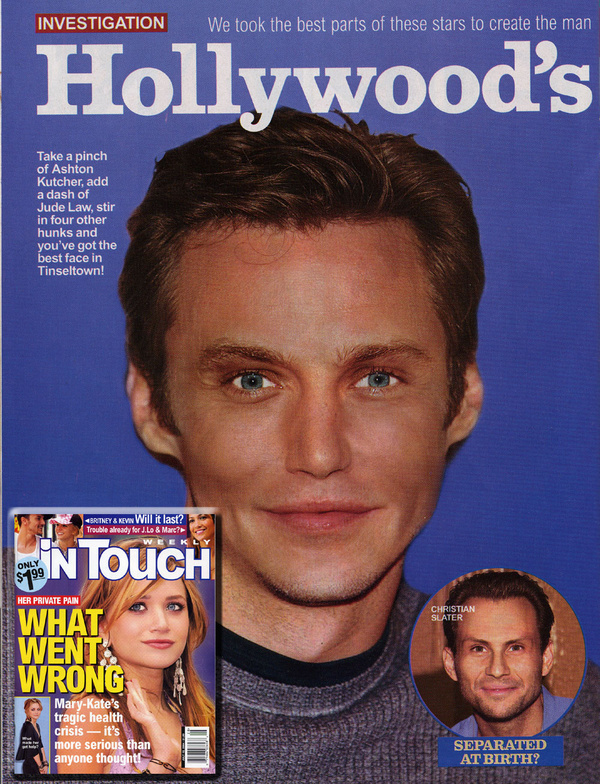