Skip to content
Of seventeen candidates on the first season of The Swan, all received tooth veneers, sixteen had liposuction, fifteen had forehead lifts, thirteen had nose jobs, thirteen had lip augmentations, and eleven had breast augmentations. Dr. Randal Haworth, one of two surgeons on The Swan, said the “graduates” all bore a certain resemblance to one another partly for technical reasons. “There is a certain finite number of procedures you can do,” he told me. “And when humans think of beauty, they go to those hot points-nose, brows, lips-and that’s what we work hard to define.” 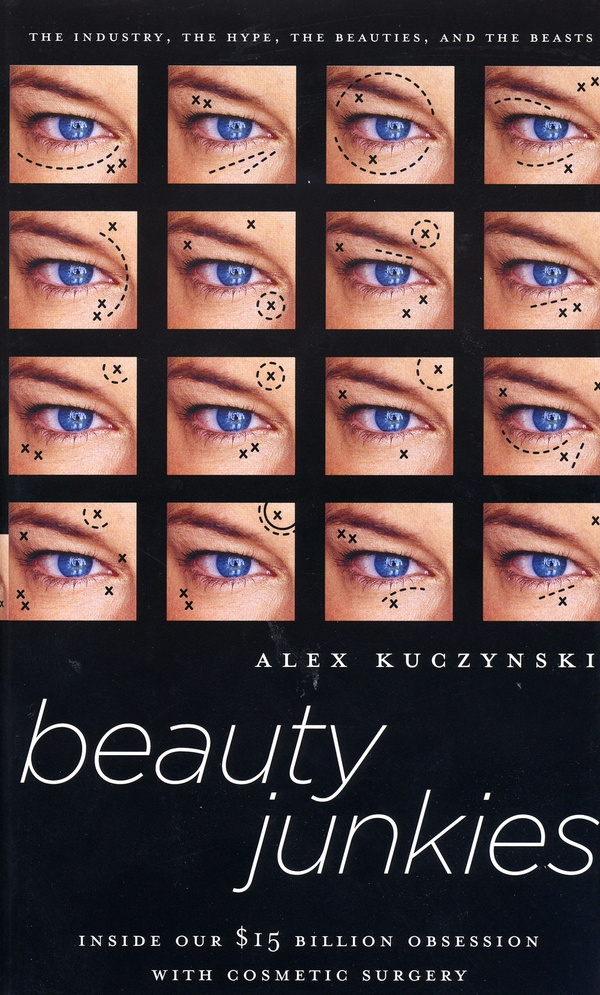 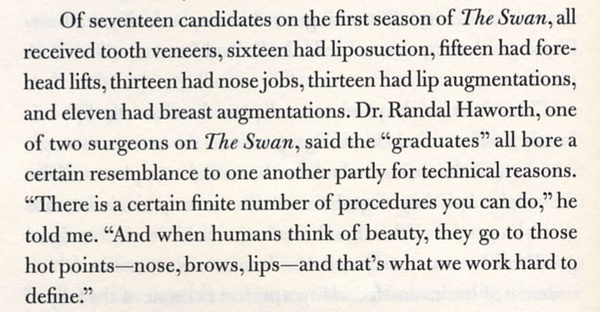