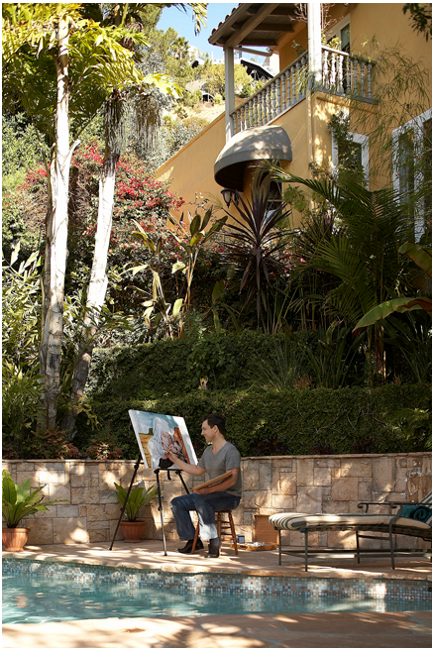 At first glance, Beverly Hills-based plastic surgeon Randal Haworth is unassuming. His office is modest yet inviting. His stature is average and void of the materialistic trappings of success. Yet, as he talks, the true duality of his being emerges: a dichotomy of limits and possibilities, a struggle between the rigid principles that guide him in medicine and the universal truths of an endless imagination.

As a plastic surgeon we are all artists, the doctor explains. Not all aesthetic procedures are truly art they’re more artisan. So it’s more accurate to describe us as artisans. I’m confined to strict dictates and tastes when dealing with plastic surgery. I can’t create a Picasso; I can’t deal with Abstract Expressionism. I deal with strict acceptable margins of beauty. I can’t really stray from that. I have to get into the psychology of the patient and translate their dreams into reality with a limited medium. The medium of plastic surgery is skin, fat cartilage and bone whereas, with art, the only limitation is your imagination.

Perhaps that’s why Haworth has turned to traditional painting that is, painting on a canvas to fulfill his bolder creative impulses.

In terms of my method, I try to create realistic tones in the skin, Haworth says. I subscribe to the classic tradition a la Caravaggio, which is dramatic, high-contrast, figurative art. My method is painstakingly slow. I employ fine brush strokes to the point that you can’t detect the brush strokes in the final product. My work is highly finished.

It’s interesting though that Haworth has chosen the canvas as his medium of choice. After all, plastic surgery is three-dimensional in nature. So why not sculpture? Sculpture is not a fitting match, explains the surgeon-turned-artist. I did do a few sculptures in the past. Obviously sculpting is three-dimensional. Plastic surgery is five-dimensional, the fourth dimension is the psychology of the patient, and the fifth is over- or under-correcting and anticipating how a patient is going to heal. It’s not malleable; you’re not dealing with clay. For me, painting serves me well. Painting is a two-dimensional art; it involves a keener eye with far more control in creating fake light, fake shadows, et cetera. Painting has actually increased my critical eye because I understand the power of one single millimeter brushstroke and how it can change a total expression. Before I started painting, I did not appreciate that. I was dealing with plastic surgery from the classic, academic standpoint. Painting has opened up my mind; it has cross-pollinated me.

Haworth describes his art as fun, wry, visceral commentary upon the world that I’m exposed to.

Art critic Peter Frank called it anti-Pop Realism and said that my art synthesizes classic style with Pop Surrealism, he says. I agree with that. 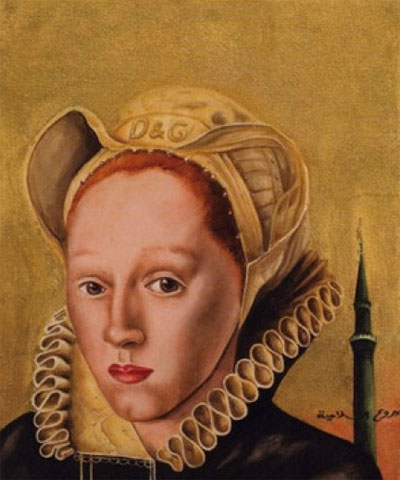 And this surgeon with an eye for art is well schooled. He cites everyone from Caravaggio to the medieval painters such as Lucas Cranach The Elder as his influences. I admire Jeff Koons with his sarcastic commentary on the banality of today’s culture, he shares. I admire James Rosenquist. I also admire video arte.g., MTV with its sense of punk attitude and its embodiment of new wave music and progressive electronic music. There is a sense of that social awareness in my paintings.

With his influences in mind, Haworth continues to look forward. My next series is now going to explore issues with life, death and organic change. I’m doing super close-up, point-of-view paintings of plastic surgical scenes that are photo realistic but they’re so close up they’re abstract, he reveals. You don’t have a perspective of what you’re dealing with. You’re taken into the human body. I haven’t titled that series yet; I’m trying to blur the line, bordering on the abstraction.

In all, this vibrant mind continues to live a multifaceted existence, splitting his time between seeing patients and painting. It’s ironic the u-turn I made in life, starting out as an artist, then medicine, now back to both, he says. I love that I’m returning to one of my true passions.